How I Learned to Climb Up Without Fear of Looking Down 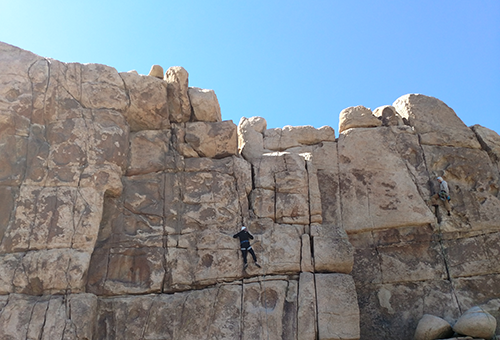 How I Learned to Climb Up Without Fear of Looking Down

Not many people get up each day and say, “I want to call strangers and sell them things.” Well, maybe Dan Tyre does. He’s employee #6 at HubSpot and his sales prowess has helped HubSpot grow into a public company valued at $1 billion today. For the rest of us, we would rather hide under a rock than have to do something akin to public speaking.

However, wanting to grow a business doesn’t happen by wishing it will happen. Ideas don’t mean anything unless you can turn them into actionable, tangible items. And that requires moving out of one’s comfort zone and onto a path that will get you up the mountain.

That’s why I applied to Dan’s Pipeline Generation Bootcamp. It’s an 8-week class designed to take the “cold” out of cold calling and give you the tools, confidence, structure and routine to help other businesses -- my target prospects -- achieve their goals. Ugh, I got accepted.

This course was not going to be a walk in the park. It is designed to break down the barriers we imagine when we try to connect with prospects. It was going to push us. Each week, we learned a little more about how to identify a good lead, how to connect with them, and how to have those exploratory calls where we sit back and let the prospect tell us their problems, problems that we will solve for them. But, in between, there was a lot of lead generation work and phone calling.

The course reminded me of a recent documentary I just saw called “Free Solo”. It’s about mountain climber Alex Honnold and his preparation and ascent up El Capitan, a 3,000-foot unforgiving wall of granite located in Yosemite National Park – all done without equipment.

Spoiler alert – Alex makes it. But the real story is how he got there in the first place. He, too, wanted to grow and climb up that mountain, quite literally. See the 11-minute TED talk where he explains the 7 years it took him to feel he was ready, and the thousands of hand movements he memorized during his roped climbs to understand the right route to take, how to deal with obstacles, and be on auto-pilot. He was so prepared on the day he finally went up that he said it was like “taking a walk in the park.” Hah! 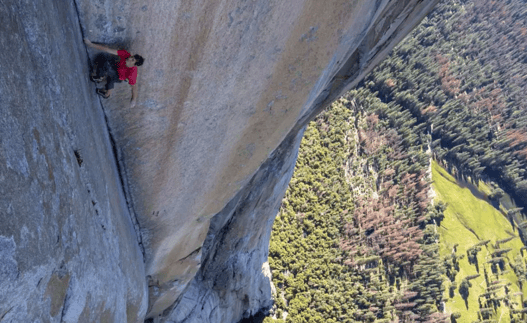 Dan was going to mentor us the same way to make our work become comfortable strolls as well. Much of what he did with us was repetitive with doses of insights along the way. The repetition is how you prepare for success.

There were the 100 repeats of saying “hello” to build that opening confidence mantra. The little trick of pausing and saying “Ugh, sounds like you weren’t expecting my call” just to put the client a bit off balance in order to start the conversation. A slew of statements to become familiar with to deal with typical obstacles we may face from prospects who really were not expecting our call. And the quick-fire role playing we did each week to practice in a safe environment.

In the end, there was a method to the madness of Dan Tyre. With each week’s increasing workload, you are forced to hone your time management skills and plow through your prospect list. Hesitations disappear each week until you recognize you can follow the script, but more importantly, do it in a way that is real and genuine.

Ugh, it’s over. 8 weeks flew by and I got into a good routine. Now, I have to go free solo and keep myself to a schedule. Armed with an Agency Sales Plan, support from HubSpot, and my confidence in this methodology, I really won’t be alone. Now, what can I do to help you grow?

3 Things to Know to Grow Your Healthcare Practice ( September 05, 2019 )
3 Easy Tactics To Understand About Lead Generation That Will Scale Your Business ( February 22, 2019 )
Seeing the Future of Digital Marketing and Data Privacy, plus a Digital Hack to Try ( June 21, 2018 )
The Facebook Algorithm Change - Here's What You Need to Know  ( March 06, 2018 )
Previous Next